0% Complete
0/119 Steps
Program Home Expand All
Welcome to the Newchip Bootcamp Program!
6 Topics
Welcome to the Newchip Bootcamp Program!
Intro to the Newchip Bootcamp with Joshua Lawton-Belous
Bootcamp Syllabus
How to “Learn” for Free
Essential Reading for Entrepreneurs & Startups
Getting to Know Your Idea
Module 1 - Ideation to Research & Validation
26 Topics
Welcome to Week 1!
I Have an Idea!
Realities of Entrepreneurship
Startup Lifestyle & Hardships
Types of Entrepreneurs
Attributes of Any Entrepreneur
Best Practices for Brainstorming Effectively
Problem Definition & Hypotheses
Proof of Concept for Your Solution
Using Public Info on Publicly-Listed Companies to Leverage a Better Market Position
Identifying Publicly-listed Analog Companies in Your Space
How to Gather SEC Filings
Data-Driven Research on How to Build the Best Business Model
Using Public Information to Perform Market Research
Performing Market Research Analysis
Performing Competitor Analysis
Market Sizing 101
Solution Development – Refining Your Product Idea
Finding a Product-Market Fit
Assumption Mapping – Always Be Aware of What Assumptions You Make & Notice When They Are Wrong
1 of 2
Module 2 - Steps to Create a New Company (Disclaimer - Get a Lawyer!)
20 Topics
Welcome to Week 2!
How to Create a Company (How to File Legal Paperwork)
Finding a Lawyer & Accountant
Different Types of Company Structures
Tax Considerations – Why to Do it Sooner, Not Later
Third-Party Resources for Tax Matters
Incorporating a C-Corp or an LLC
Articles of Incorporation
Shares/Member Unit Structure
How Many Shares to Authorize
How Many Shares to Grant Yourself
How Many Shares to Place into an Option Pool
Incorporating in Delaware and Operating Elsewhere (CooleyGo Kit)
Contributing Assets (ie, IP, Domain Registrations, Cash) to Your C-Corp
Do I Need an EIN & How to Get One
What is a B Corp: Should I Be a B Corp?
How to Become a B Corp (Benefit Corporation)
Venture Fundable Checklist – Is My Legal Structure Venture Fundable?
Naming Your Company & Registering Your Domain
Trademarks, Copyrights, Patents 101
Module 3 - Design & Prototyping to Testing + Product & Project Management
26 Topics
Welcome to Week 3!
Developing Product Vision
Building an Investable Product
Design Thinking: Customer Interview and Survey Design
Product Design 101: Wireframing for Technology
Product Design 101: Rapid Prototyping
Product Design 101: UX Design Principles
Product Design 101: Visual Design Principles
Product Design 101: Common Design Mistakes
Product Management 101: What is SCRUM
Product Management 101: Defining Your Product
Product Management 101: Customer/User Persona
Product Management 101: How to Write a User Story
Product Management 101: Acceptance Criteria – Knowing When It’s Done Right
Product Management 101: What is Backlog
Product Management 101: What is JIRA
Product Management 101: Backlog Management & Burndown
Product Management 101: Usability Research
Product Management 101: Initial Testing Methods – Alpha & Beta Testing
Project Management 101: Building a Project
1 of 2
Module 4 - Startup Brand Development, Storytelling & Marketing to Basic Fundraising
30 Topics
Welcome to Week 4!
You are the Brand!
The Heart of Marketing: Storytelling
Great Marketing is Built on Stories
“Start With Why” – *Why* it Matters
Marketing Fundamentals
The Four Ps
Communicating Your Story & Weaving it Into Your Mission
What Is a Funnel and How to Build One
Re-Testing & Gathering Feedback
Confirm Customer Intent – Call to Action (CTA)
How to Get Users to Grow
Branding Principles
Market Positioning Statement
Idea Refinement
Pitch Deck Fundamentals
How to Network (as an Introvert)
How to Speak to an Audience
Initial Fundraising with Your Network (Friends & Family, and the Rest)
The Types of Investors by Stage
1 of 2
Next Steps for You!
5 Topics
Understanding Your Industry, Its Metrics, and KPIs
KPI List & Definitions
KPI Reporting – Bootcamp
Congratulations on Completing the Newchip Bootcamp!
Optional: Tells Us About Yourself!
Return to Newchip Startup Bootcamp
Home » The Types of Investors by Stage
Newchip Startup Bootcamp Module 4 – Startup Brand Development, Storytelling & Marketing to Basic Fundraising The Types of Investors by Stage
Lesson Progress
0% Complete

While investors come in all flavors, there are some useful generalizations. For example, the bigger the VC (venture capital fund), the more open they are to an IPO as an exit, typically. The fact is that IPOs are becoming a thing of the past in the current venture industry. Don’t believe me? Let’s look at the data. Only 190 companies IPO’d in 2018. That’s less than a thousandth of a percent of portfolio companies! Perhaps it’s because only the largest VCs can support companies through unicorn status into eventual IPOs. For context, the term unicorn refers to private companies, namely startups, valued at over $1 billion. 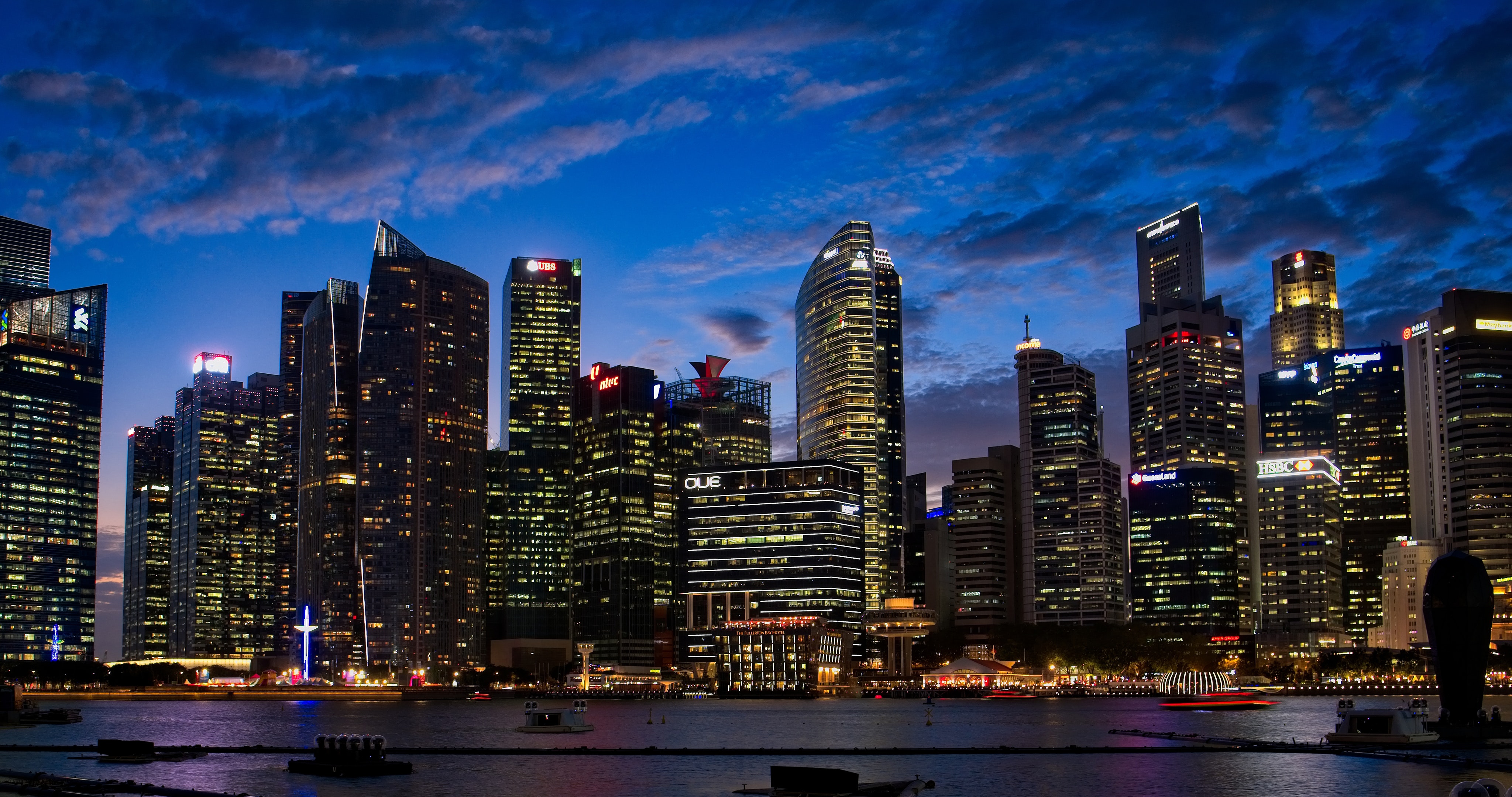 The reality of the venture world today is that most deals are made with an acquisition in mind. That being said, VCs do tend to prefer larger acquisitions than angels, but it largely depends on the size of the fund and their goals. If you are talking to a medium-sized venture fund or smaller, then don’t lean solely on the IPO route. It may send them running for the hills. Instead, incorporate potential buyers, aka people that may want to acquire you into your pitch. You don’t even have to be obvious about it. When you’re explaining your industry and your idea, you can use potential buyers to help investors understand your business.

For example, if Walmart is a potential acquirer of your company, that one meeting you had with a VP of Walmart, even if the deal isn’t in stone, can still be floated with potential investors. Also, things such as, “this product can help Amazon do X and it totally fits within their business model,” or “Netflix would love to be able to track X because it would let them know what scenes people like best,” help arouse investor interest.

Make it sound like a partnership, but strong partners are also potential buyers, especially large enterprise partners. Another example: “Oracle is terrible at the cloud, but if they had us, they’d finally crack it because we have X that they’re missing.” That shows how you could get acquired, what your place in the ecosystem is, and who might acquire you.

Focusing on acquisition may come more naturally to those who are in it for the money, but most founders love their vision and want to hold on to their “baby” forever. IPO is attractive because they can keep running their company in the big leagues. Unfortunately, that’s just not the investment landscape right now; and only a fraction of a percentage of companies make it there. If you’re dead set on IPO only, then you must target the biggest and hardest to close investors. And they will only invest in you if you can make them 100X return. 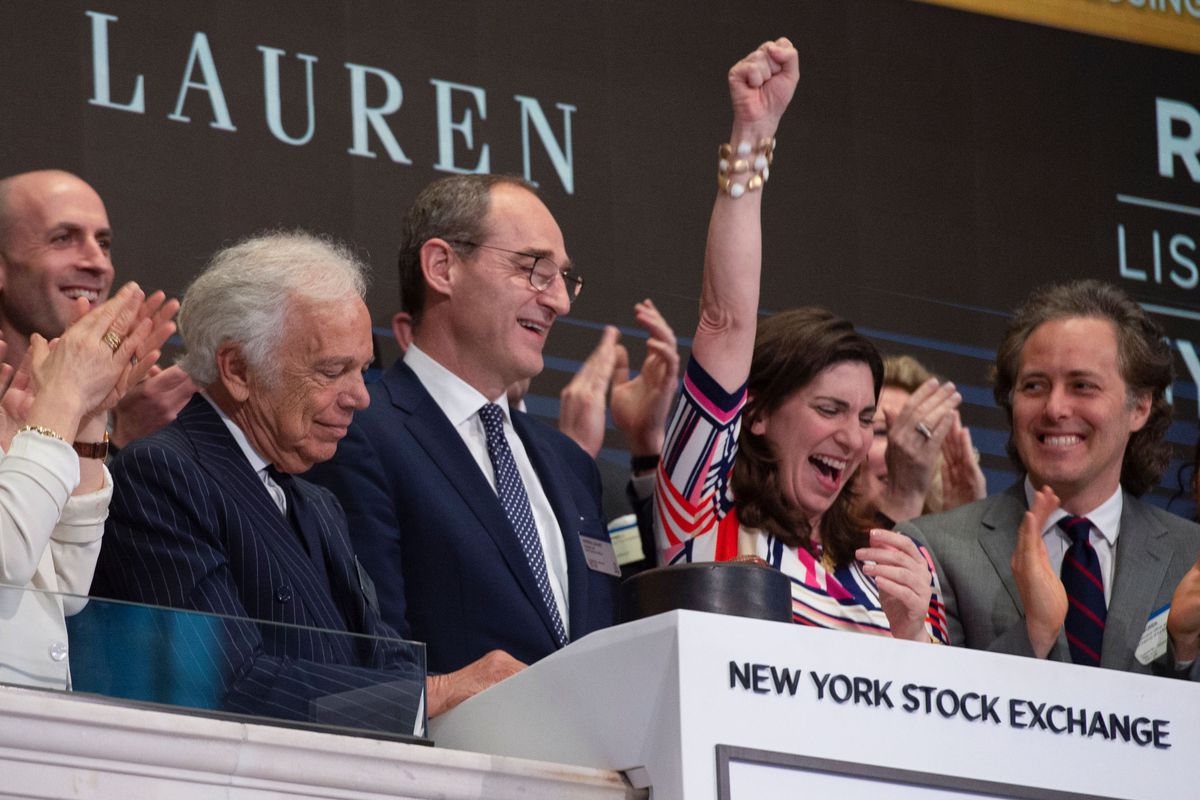 Investors want you to have the confidence to believe in an IPO, that it’s possible, but without becoming overly attached to the idea. You have to strike the right balance to always do what is right for the company and its shareholders. How do you know if it’s a small or medium fund? It is not always easy, but a quick look at their portfolio should tell you. The more unicorns, the more likely they are to be a big VC; the stage is also important. The bigger the fund, the larger the typical investment check and size of the round they run.

Other key signs to look for include not being in Silicon Valley. If they are based anywhere other than Silicon Valley, then an IPO is probably not on the top of their list. We’ll go more in depth on the dilemma between an IPO versus an acquisition in upcoming modules.

Angel investors are almost always looking for an acquisition, and usually much sooner, and smaller than the venture funds of the world. This is why you should always vet your investors, be it an angel or VC because VCs will take meetings just to take meetings, even if they have no money to invest, but angels are the highest risk of wasting your time. Not all angels do this, but a bad angel will suck away your time. They may have just invested in a Friends and Family round or one of those party rounds. A party round is a round that has a ton of small investors. Imagine 30 small checks that fill out a round.

Throughout this accelerator program, you are also learning about Reg CFs and Reg A+, and some of those investors may call themselves Angel investors. Some Angels may just be modestly wealthy small business owners who are looking to diversify into startups.

Nothing defines an Angel, and one investment can win you that moniker for life. Therefore, make sure they are not wasting your time because they will. They like the networking; they like the prestige, the lifestyle, and everything that makes startups and venture investing cool. Remember that you have a company to run, so you don’t have time to indulge them. You want to know how much they’ve invested in the past. The number of investments; how long ago that was; how much they are looking to invest now. These are good VC questions, but you’re more likely to be sorry for not asking them with Angels. 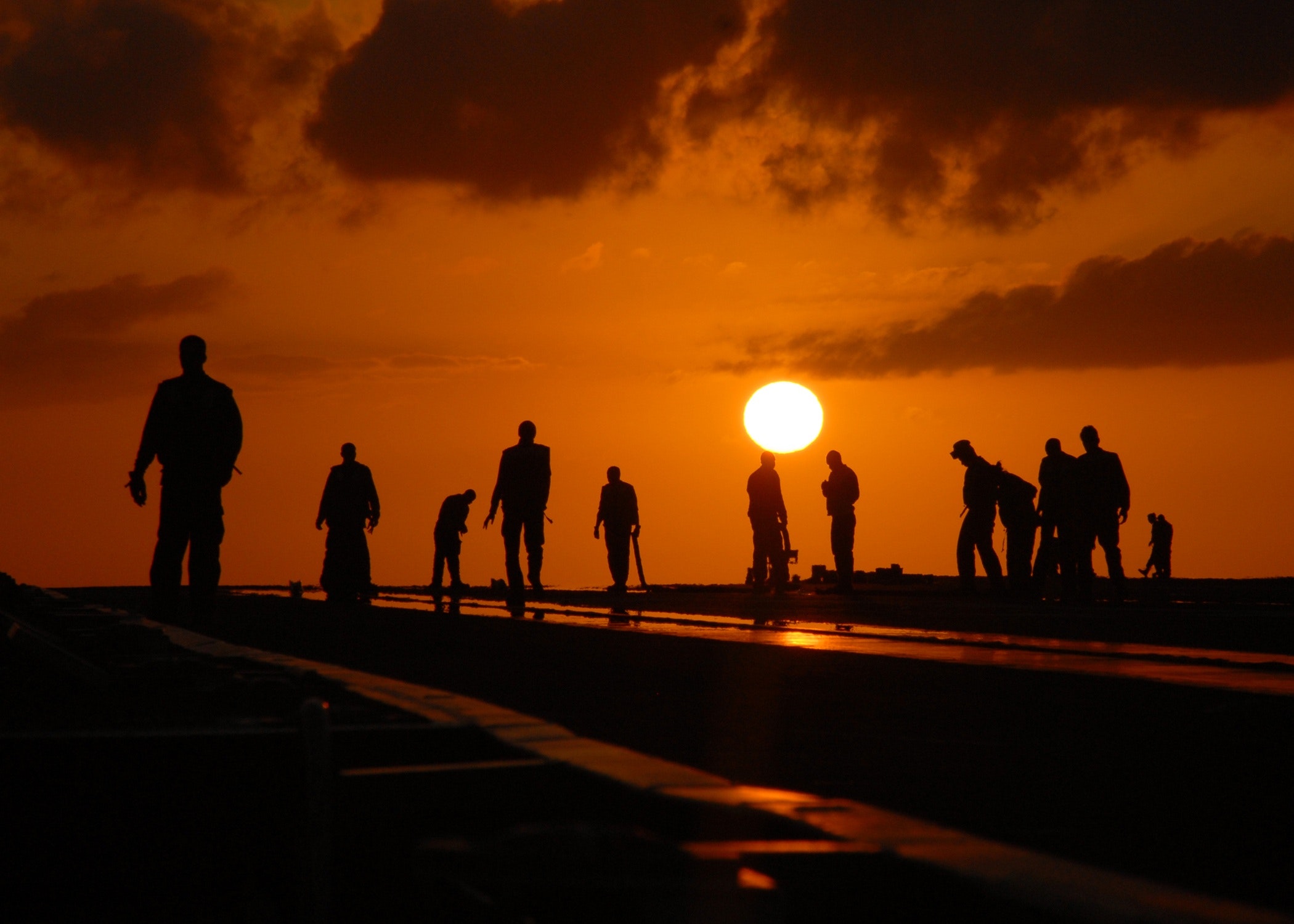 Now let’s discuss time horizons and exit multiples. VCs are typically looking for 100x return in 3-7 years. This is what they want, and the reason is that it makes up for the 100% losses. The classical benchmark for VCs is a 3x return to their limited partners after 10 years and after taking 20% of the profit and a yearly management fee. One 100x win will provide a great return for their LPs and the rest of the investments may not matter as much to secure the firm’s reputation.

Most funds don’t even do the 3x over 10 years. They want 100x returns, but they get way lower than that, and some investments just lose money. Angels want a 5x-10x return in 2-3 years via smaller acquisitions. This can differ with Super Angels and Family Offices, who can be so big that they will take longer time horizons and larger returns. Remember, Family Offices fall closer to Angels than VCs, so the term Angel covers many types of investors. In the near-term, all VCs want unicorns, which is the one billion dollar valuation for a startup.

Some of you might have heard the term “lead investor.” You don’t always need a lead investor, contrary to what some might say. However, lead investors can be useful as long as you understand what comes with that. A lead investor is a large investor in a round, usually the largest, that drives the terms and brings on other investors. If you can lockdown an active lead investor, then they’ll take some burden of filling out the rest of the round. You’ll remain a critical part, but they’ll help make introductions and be an advocate for you. A lead that takes over fundraising can be VERY valuable, especially if you are doing a large round, and you can lock-in the lead early.

Large VCs that like to be leads typically have a network of other VCs they work with. The lead also standardizes the term sheet, so it is the same across the whole round. That means you only need to negotiate the terms once. Most leads will also control the term sheet, but this might not always be the case. Note that a lead investor will typically take over 5% of the company. It will be higher if your startup is tiny or very early, but it depends on how much you’re raising and your traction. Taking up 5% can be quite a bit if you’re in Series D or E.

Here is a quick breakdown of the type of investors and when they usually invest: