0% Complete
0/119 Steps
Program Home Expand All
Welcome to the Newchip Bootcamp Program!
6 Topics
Welcome to the Newchip Bootcamp Program!
Intro to the Newchip Bootcamp with Joshua Lawton-Belous
Bootcamp Syllabus
How to “Learn” for Free
Essential Reading for Entrepreneurs & Startups
Getting to Know Your Idea
Module 1 - Ideation to Research & Validation
26 Topics
Welcome to Week 1!
I Have an Idea!
Realities of Entrepreneurship
Startup Lifestyle & Hardships
Types of Entrepreneurs
Attributes of Any Entrepreneur
Best Practices for Brainstorming Effectively
Problem Definition & Hypotheses
Proof of Concept for Your Solution
Using Public Info on Publicly-Listed Companies to Leverage a Better Market Position
Identifying Publicly-listed Analog Companies in Your Space
How to Gather SEC Filings
Data-Driven Research on How to Build the Best Business Model
Using Public Information to Perform Market Research
Performing Market Research Analysis
Performing Competitor Analysis
Market Sizing 101
Solution Development – Refining Your Product Idea
Finding a Product-Market Fit
Assumption Mapping – Always Be Aware of What Assumptions You Make & Notice When They Are Wrong
1 of 2
Module 2 - Steps to Create a New Company (Disclaimer - Get a Lawyer!)
20 Topics
Welcome to Week 2!
How to Create a Company (How to File Legal Paperwork)
Finding a Lawyer & Accountant
Different Types of Company Structures
Tax Considerations – Why to Do it Sooner, Not Later
Third-Party Resources for Tax Matters
Incorporating a C-Corp or an LLC
Articles of Incorporation
Shares/Member Unit Structure
How Many Shares to Authorize
How Many Shares to Grant Yourself
How Many Shares to Place into an Option Pool
Incorporating in Delaware and Operating Elsewhere (CooleyGo Kit)
Contributing Assets (ie, IP, Domain Registrations, Cash) to Your C-Corp
Do I Need an EIN & How to Get One
What is a B Corp: Should I Be a B Corp?
How to Become a B Corp (Benefit Corporation)
Venture Fundable Checklist – Is My Legal Structure Venture Fundable?
Naming Your Company & Registering Your Domain
Trademarks, Copyrights, Patents 101
Module 3 - Design & Prototyping to Testing + Product & Project Management
26 Topics
Welcome to Week 3!
Developing Product Vision
Building an Investable Product
Design Thinking: Customer Interview and Survey Design
Product Design 101: Wireframing for Technology
Product Design 101: Rapid Prototyping
Product Design 101: UX Design Principles
Product Design 101: Visual Design Principles
Product Design 101: Common Design Mistakes
Product Management 101: What is SCRUM
Product Management 101: Defining Your Product
Product Management 101: Customer/User Persona
Product Management 101: How to Write a User Story
Product Management 101: Acceptance Criteria – Knowing When It’s Done Right
Product Management 101: What is Backlog
Product Management 101: What is JIRA
Product Management 101: Backlog Management & Burndown
Product Management 101: Usability Research
Product Management 101: Initial Testing Methods – Alpha & Beta Testing
Project Management 101: Building a Project
1 of 2
Module 4 - Startup Brand Development, Storytelling & Marketing to Basic Fundraising
30 Topics
Welcome to Week 4!
You are the Brand!
The Heart of Marketing: Storytelling
Great Marketing is Built on Stories
“Start With Why” – *Why* it Matters
Marketing Fundamentals
The Four Ps
Communicating Your Story & Weaving it Into Your Mission
What Is a Funnel and How to Build One
Re-Testing & Gathering Feedback
Confirm Customer Intent – Call to Action (CTA)
How to Get Users to Grow
Branding Principles
Market Positioning Statement
Idea Refinement
Pitch Deck Fundamentals
How to Network (as an Introvert)
How to Speak to an Audience
Initial Fundraising with Your Network (Friends & Family, and the Rest)
The Types of Investors by Stage
1 of 2
Next Steps for You!
5 Topics
Understanding Your Industry, Its Metrics, and KPIs
KPI List & Definitions
KPI Reporting – Bootcamp
Congratulations on Completing the Newchip Bootcamp!
Optional: Tells Us About Yourself!
Return to Newchip Startup Bootcamp
Home » Proof of Concept for Your Solution
Newchip Startup Bootcamp Module 1 – Ideation to Research & Validation Proof of Concept for Your Solution
Lesson Progress
0% Complete

Before you build your dream idea, you absolutely need to test the concept – or better yet, prove that the idea you wish to bring to life is a valid concept that addresses a real problem or need. To build a proof of concept for a business idea, it is critical to get input and feedback from people you know who can offer perspectives and insights related to what you are exploring. 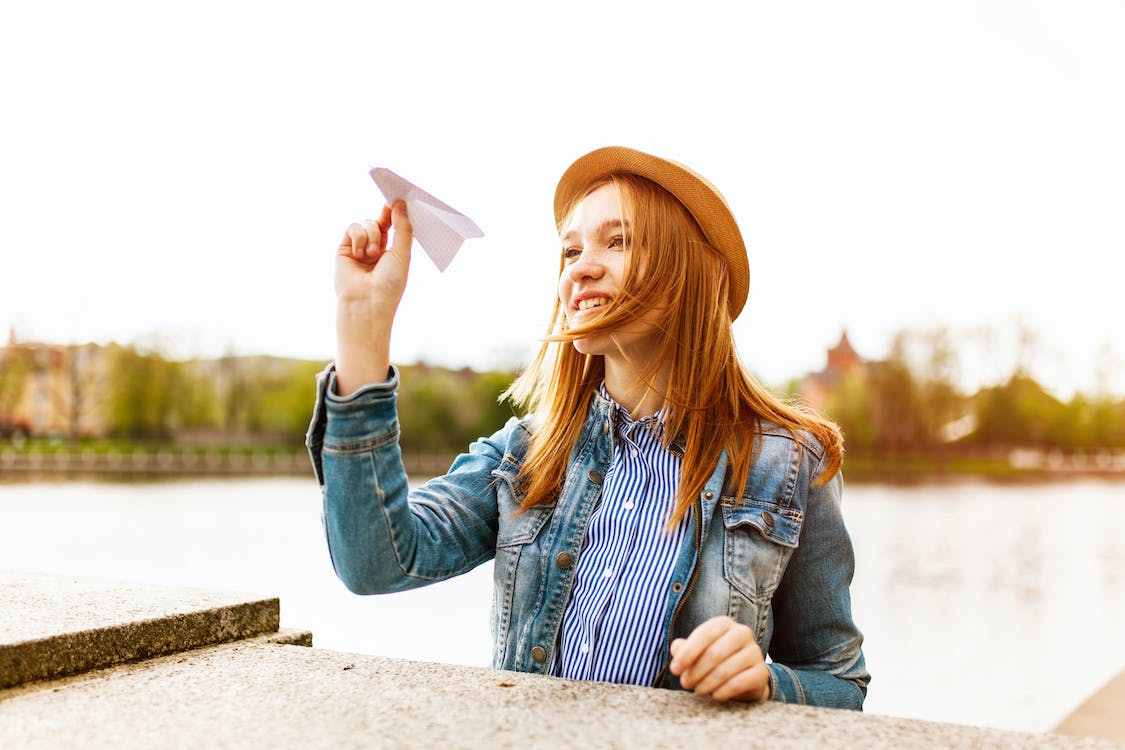 You should either have one-on-one conversations or, better yet, conduct informal “focus group” meetings. In a focus group meeting you would ask everyone around the table for their opinions on different things that relate to your topic.

For example, let’s say that you have an idea to build a financial management platform that will increase financial transparency and build digital trust; this forms your hypothesis that there are unmet needs around transparency and trust. You’d want people whom you know who work in a financial position to participate in a focus group.

You’d ask them for their opinions about how important financial transparency is, to what degree there is distrust of financial information, what it would take to get them to try a new digital platform, what they won’t do and a myriad of other questions to probe them.

By gathering their feedback, you may find out that everyone is concerned about too much transparency violating privacy laws and confidentiality and that no one would use a digital platform that is not integrated into the applications they are already using. This would be extremely valuable feedback, poking holes in your hypothesis, but saving you from wasting time and money on a “value proposition” that no one values. 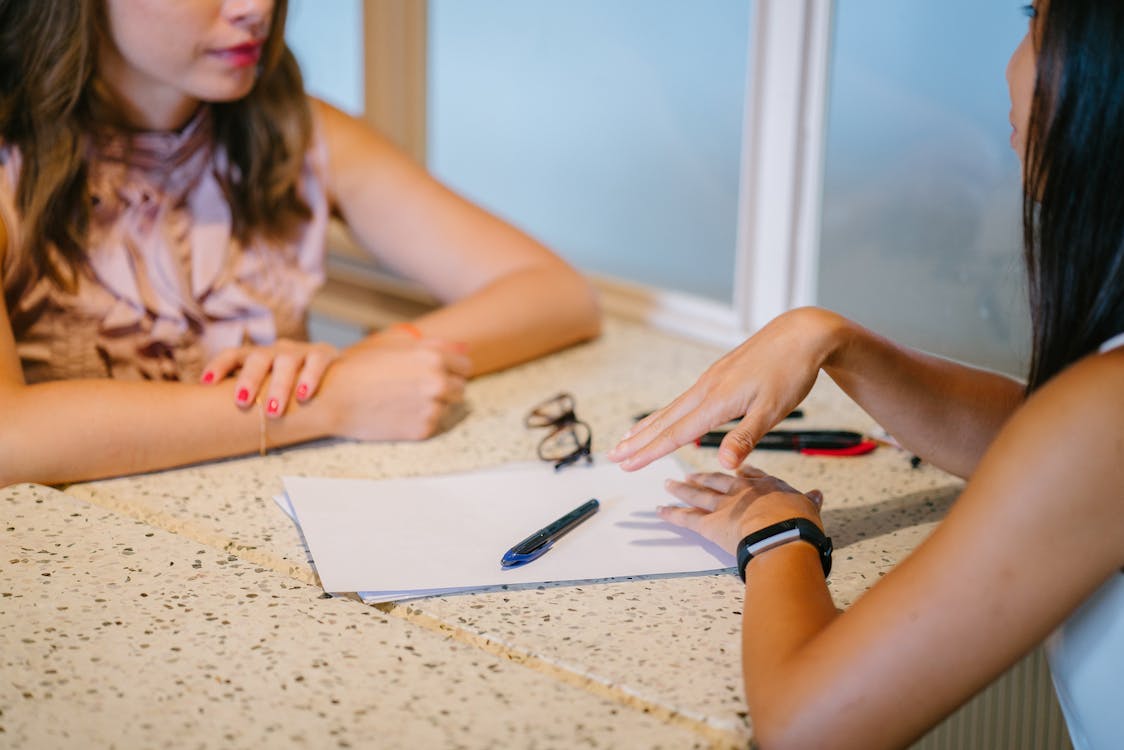 You need to get other people’s input and feedback on the usefulness of your concept (if it were already a product) and the way you plan to design it. You also have to identify the potential pitfalls, such as getting into trouble with government regulators who oversee financial transactions.

It is important to get feedback on the proof of concept from people other than your family, friends and significant other. They would likely have a tendency to give you biased feedback, potentially telling you what you want to hear for the sake of keeping a good relationship with you. What is crucial is proving the concept with the real world outside of your immediate network and comfort zone.

You may get contradictory feedback (which is subjective anyway) and you may not please everyone, but you can glean something valuable from all the feedback.

If Steve Jobs was doing an informal focus group for his concept of the iPad before it was ever built, most people in the focus group may say, “I would never use it.” Rather than get totally discouraged, Jobs may have simply concluded that they wouldn’t use it… unless it was radically simple and had the applications that people care about and want to use. He set out to create a product that people would use, even if they didn’t know it before they ever handled an iPad.

Test everything you hear, but also listen and take it in. Strive to understand each person’s perspective, but get as much feedback from as diverse a crowd as you can. It will help you to refine and tighten your concept. It’s part of continuous improvement.